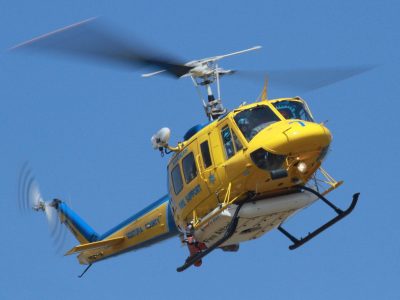 The Ventura County Sheriff’s Aviation Unit began in 1971. In 2009, the Ventura County Fire District entered into a cooperative agreement in which the Aviation Unit became a joint venture between the Fire District and Sheriff’s Office. The Fire District contributes funding and staff to the operation. The unit has grown from one Bell 47 to the current fleet of four Bell UH-1 helicopters and one Bell Long Ranger. This unit is the only public safety aviation unit in the county and provides support for all local and state law enforcement and fire service agencies in the county. The missions vary between law enforcement, search and rescue (SAR), emergency medical services (EMS) and fire suppression missions.