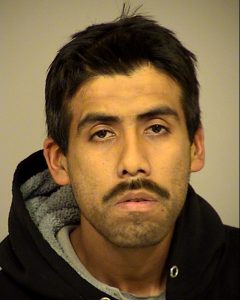 During the month of July 2021, Ojai Patrol deputies took a report regarding a juvenile female that was tricked [...]

An Oak View man was arrested for the suspected homicide of two females. https://local.nixle.com/alert/7493022/

Fillmore – Suspect Arrested for Possession of a Stolen Vehicle

A 15-year-old Fillmore resident was arrested for possession of a stolen vehicle. https://local.nixle.com/alert/8874578/

A Sun Valley man was arrested after he was found within a field with bags of stolen hemp. http://local.nixle.com/alert/7637992/

No arrests, but twenty-one driver’s cited during checkpoint operation. https://local.nixle.com/alert/7490546/