During the month of September 2018, Thousand Oaks patrol deputies responded to a fatal

overdose in the 700 block of London Circle in the City of Thousand Oaks. Investigators with the

Pharmaceutical Crimes Unit (PCU) conducted an investigation into the overdose death. During

the course of their investigation, PCU investigators gained information about possible illegal

firearms activity in the 700 block of London Circle.

into the illegal firearms activity. At the conclusion of their investigation, SEU detectives

obtained a semi-automatic assault rifle and pistol while living in Washington. Detectives

determined Hansen returned to California with the semi-automatic rifle and pistol. Detectives

also determined Hansen was storing those weapons at his residence, located in the 700 block of

firearms and had access to them while at Hansen’s residence. Haile was determined to be

previously listed firearms. On January 10, 2019, SEU detectives and deputies with the Thousand

capable of holding up to 60 rounds of ammunition, several high capacity magazines, a CZ EVO

booked into the East County Jail for the listed violations, where his bail was set at $100,000.

Haile was also booked into the East County Jail, where his bail was set at $65,000. 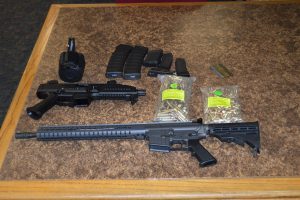 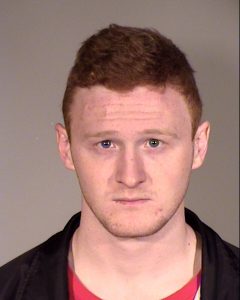 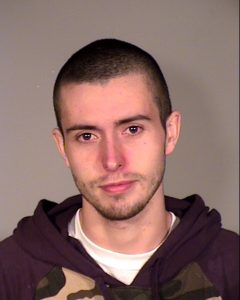 Investigators with the Camarillo Special Enforcement Detail arrested a man for illegal possession of an assault rifle. https://local.nixle.com/alert/7233608/

Ventura – In Person Visiting to Resume in County Jails

In-person visits at the Pre-Trial Detention Facility in Ventura and the Todd Road Jail in Santa Paula will resume [...]

The Ventura County Sheriff’s Office encourages the public to wear a seat belt and keep children secured in child [...]

Investigators arrested a man for the shooting death of his wife during a domestic dispute last Monday morning. https://local.nixle.com/alert/8470284/

Four suspects from San Bernardino were arrested after entering the Nike Store in the Camarillo Outlets and stealing merchandise. http://local.nixle.com/alert/7733910/

A sheriff’s deputy helped a homeless man to reunite with his family and receive needed assistance. http://local.nixle.com/alert/7748478/

On June 5, 2021, at approximately 4:28 AM, emergency personnel responded to a serious injury traffic collision at the [...]

Man arrested after robbing another person during a business transaction. https://local.nixle.com/alert/7527116/